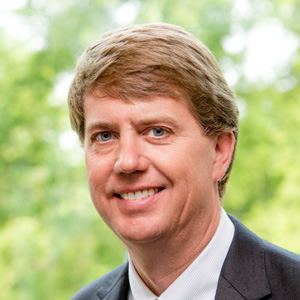 Hugh is a Principal & Senior Trust Officer for Pendleton Square and has earned the Certified Trust and Fiduciary Advisor (CTFA) designation. He brings a 20-year career in corporate and commercial banking to the firm. During his banking career, Hugh served many family-owned businesses, often during times of significant transition such as acquisitions, organic growth, or divestiture. Hugh spent the first twelve years of his banking career working with large corporate entities around the country, but his move back to Chattanooga in 2008 allowed him to work much closer with business owners and their families in a meaningful advisory capacity. Prior to entering into banking, Hugh spent several years working in business process and technology consulting with Accenture and Oracle Corporation.

Hugh serves the community by volunteering with several non-profit organizations. He is a board member of the Chambliss Center for Children where he serves on the Executive Committee and as Assistant Treasurer. Hugh is past superintendent of The Little Brown Church on Signal Mountain and a current member of the McCallie School Alumni Council. He enjoys spending time outdoors with his family and his English Setter, as well as fly fishing for wild trout. An avid gardener, Hugh particularly enjoys growing heirloom tomatoes and vegetables in his backyard garden. After graduating from McCallie School in Chattanooga, Hugh earned his Bachelor of Arts in Economics from Emory University, and his Master of Business Administration, with a concentration in Finance and Investments, from Georgia State University.